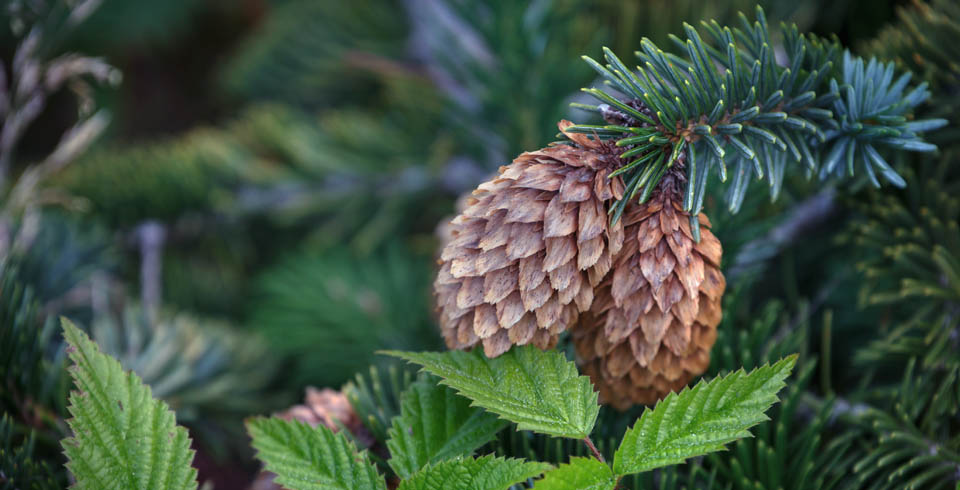 The land around Lake Earl is alive with over 500 plant species.

Visit April through June and be in awe of the spring blooms. One can observe every color of the rainbow – from the light pink puff balls of Eriogonum latifolium (Seaside Buckwheat), the bright yellow flower heads of Tanacetum bipinnatum (Dune Tansy), the magenta cluster flowers of Armeria maritima (Sea Thrift) and the huge blue-purple spikes of Lupinus polyphyllus (Bigleaf Lupine) and many others.

At first glance the Lake Earl Wildlife Area and sister park, Tolowa Dunes State Park might not appear to have the diversity of plant life so abundant elsewhere in the Smith River watershed. But look again, the land is alive with over 500 plant species, all uniquely adapted to survive in the harsh dune environment. Many plants are small and grow low to the ground to avoid being knocked over by strong winds. Some plants have adapted to have shallow rhizomes that spread along the surface, creating a network of attached stems, making them stronger than a single root would allow. Plants can develop hairs along the foliage that act as sunscreen in the bright sun or produce sticky substances that sand will stick to, again as a sunscreen.

While these plants are abundant in some areas, much of the wildlife area is covered with an invasive pasture grass (European Beachgrass) introduced in the 19th century. Restoration efforts are underway and many important endangered plants have begun to return, some in large quantities. Silvery Phacelia, a plant once on the brink of extinction has returned in full force to areas being actively restored. The seeds of this unique plant can be stored in the sand for years when conditions are not ideal. When better growing conditions return they can grow abundantly, supplying native dune bees with a favorite food source. The Tolowa Coast Wallflower, an endemic plant found only in the Tolowa Dunes (closely related to the Humboldt Coast Wallflower) is also making a comeback as are Dark Eyed Gilia, a tiny flower with a large role in the Tolowa Dunes ecosystem.