All Quiet On The Western Front 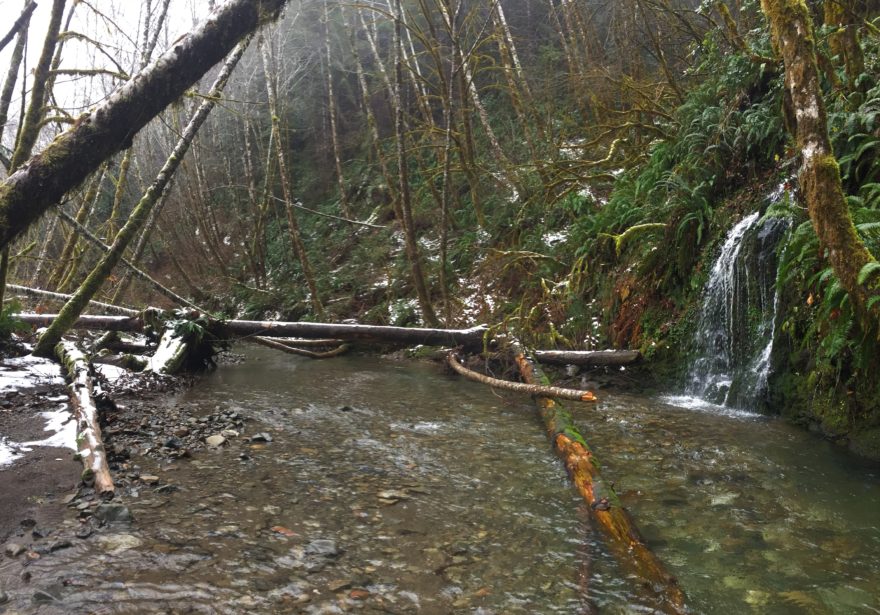 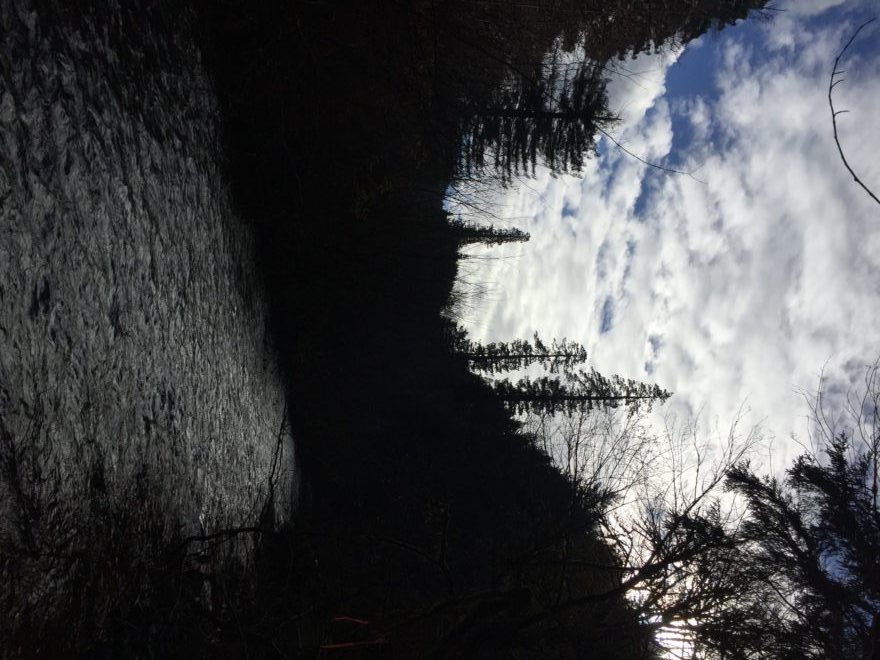 In my last post we were still seeing a handful of chinook, and the coho were starting to appear with a few redds here and there in several of our reaches. This continued for a bit, then we got another flush of rain and everything quieted down. Then we all went off for the New Years weekend and a series of cold, wet fronts came in bringing snow all the way down to sea level. I’m accustomed to surveying in snow on some of our upper middle and south fork reaches, but this year is the first time I have seen snow in mill creek, and it stuck around for about a week. During this week we put forth an all out effort and managed to survey our way through the entire frame before the next set of rain set in.

Surveying in the snow was an interesting treat as we got to see tracks from all of the critters patrolling the banks. We usually see some tracks here and there in the soft mud, but this time they were everywhere. In one of my reaches on the east fork I followed a set of bear tracks up the entire reach, and they continued up further into the next. This bear was on fish patrol, taking advantage of the relatively low water to snatch up any salmon caught in the shallows. Or if not that I’m sure it would have settled for a carcass. Unfortunately the reaches were all pretty empty. There were a few carcasses here and there, even a few rare coho carcasses, but very few live fish were seen. 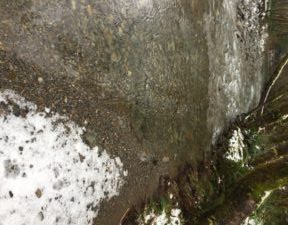 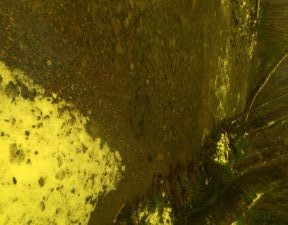 In the field we wear polarized glasses to cut the glare. The redd at the end of the bear tracks really pops out when seen through the glasses, even if the color is distorted

Finding a coho carcass is always pretty exciting, partially because we don’t find that many of them but also because we get to scan them to see if they have a PIT tag. A PIT (Passive Integrated Transponder) tag is a small implant (like the “microchip” that some people put in their dog or cat) that reads a unique 16 digit code when run through a scanner. We have handheld scanners to check carcasses, and several sets of antennas running across the creek that will record any tagged fish that swims through, if it is within range. The antenna program has been happening long enough that now we are starting to pick individuals up both as juveniles heading to the ocean, but also as adults when they return to spawn. It’s because of this program that we know that at least a few coho have been in mill creek this season since early November, even though we didn’t see any until much later.

But the odds of finding a PIT tagged carcass are pretty low. We only end up tagging a small fraction of the juvenile coho before they head out to sea, and only a small fraction of those survive the rigors of the ocean to return to spawn, then when those fish die we only end up finding a small fraction of the carcasses before they disappear to predators/scavengers and high flows. So like i said, the odds are low. One of these days I’ll shoot the moon and find a tagged coho carcass that was tagged in the fall, picked up on the mill forks antenna, recaptured at the juvenile trap in the spring, picked up on the main mill antenna, picked up in one of our lower river antennas, then a couple years later picked up on the mill antennas again then finally found as a carcass and scanned by me. The odds of this happening are at least eleventy billion to one, but it is technically possible. 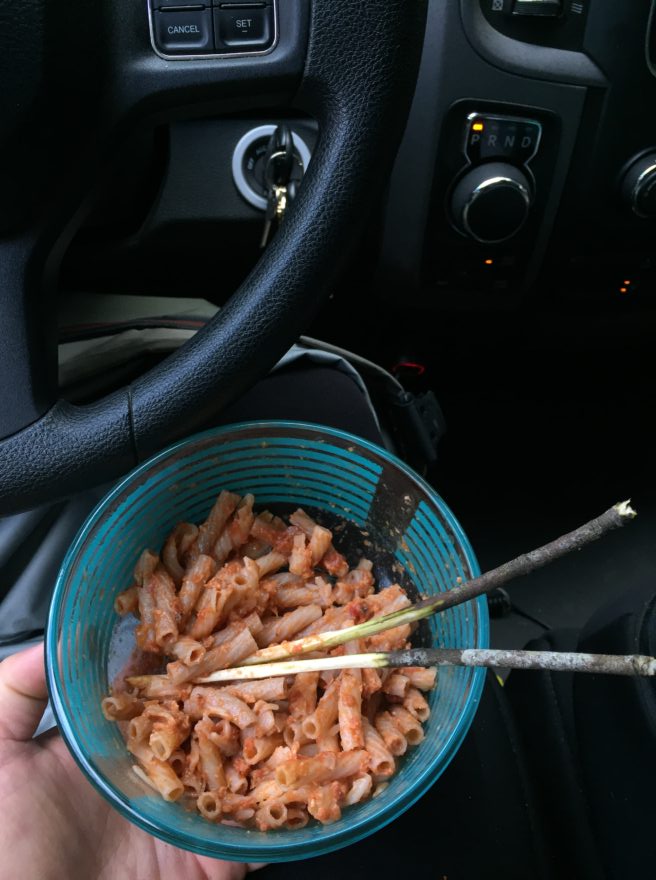 When you forget a fork in the field, just make chopsticks. Eating lunch in the truck because it’s friggin cold out there.

So things have been pretty quiet. Other than the “weird fish” there haven’t been any reports of steelhead yet, and the fishermen (and fisherwomen, fisherpeople?) are all talking about how nice of a day it is so it’s a sure bet they haven’t been catching much either. But we did just have another big flow event, so there should be new fish moving in. A series of atmospheric rivers developed and thoroughly hosed most of the west coast, melting our coastal snow and bringing the river up to 70,000 cfs twice this week. We’ve been unable to survey all week and are just getting back at it, so hopefully we’ll see a second flush of coho in addition to some steelhead as we get back in this weekend.