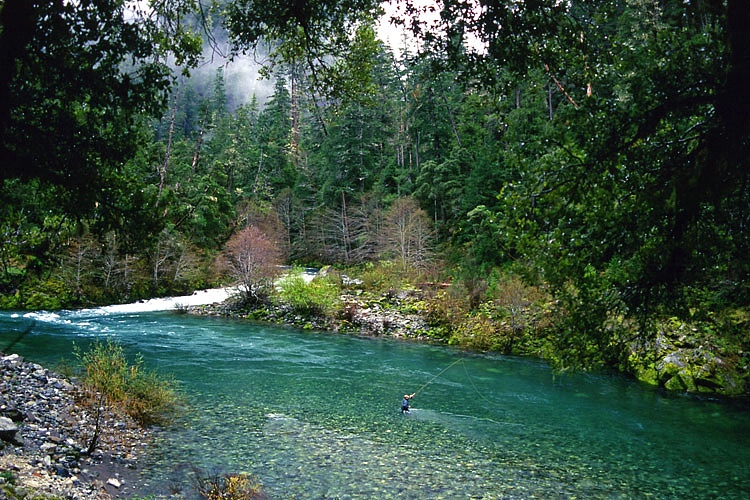 Fly fishing at the confluence of the South Fork Smith and Goose Creek. Photo by Ken Morrish.

Earlier this month, the Fish and Game Commission added 36 miles of the South Fork Smith watershed perennial stream habitat to the Wild Trout Waters program, officially recognizing the unique quality of the fishery. The designation included the South Fork Smith River, from the confluence with Goose Creek upstream to Blackhawk Creek, including the tributaries of Goose Creek and Hurdygurdy Creek.

The South Fork Smith and its tributaries contain self-sustaining populations of both Coastal Cutthroat Trout and Coastal Rainbow Trout.

In addition, the South Fork Smith River and its tributaries were designated as Heritage Trout Waters, which further recognizes the beauty, diversity, historical significance, and special values of California’s native trout. Heritage Trout Waters support fish populations that best exemplify indigenous strains of native trout within their historic drainages, and able to provide anglers with the opportunity to catch native trout consistent with the conservation of the native trout present.