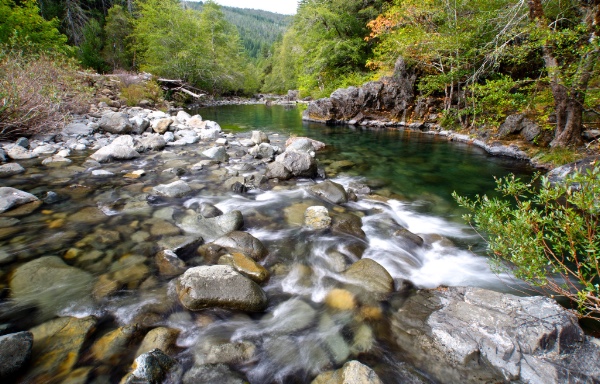 Great News for the North Fork Smith River in Oregon

The Trump Administration will not seek to overturn the completed Southwest Oregon mineral withdrawal that protected the North Fork Smith and other watersheds in 2017.

The Secretary of Agriculture, Sonny Perdue sent letters to the Oregon Congressional delegation on February 21, 2018 confirming that the agency will not revisit the completed action that withdrew the upper watershed from new mining claims applications.

“Oregonians expressed overwhelming support for withdrawing this valuable area from proposed foreign-owned nickel mining,” Wyden said. “I am gratified that Secretary Perdue is not second-guessing that public participation and has responded positively to the request I made with Senator Merkley and Congressman DeFazio to preserve these significant natural resources.”

“We can’t – and won’t – allow these pristine Southern Oregon treasures to be lost.” – Senator Merkley

“Mining in this area would have posed an unacceptable threat to drinking water and fish runs,” said Merkley. “It’s great news for Oregon that Secretary Perdue has accepted the results of the public process that overwhelmingly favored protection for these waters.”

“The prohibition on mining on the Smith River and the headwaters of Hunter Creek and Pistol River has broad, overwhelming support from thousands of residents of southwest Oregon, local governments, businesses and community leaders,” DeFazio said.

“Allowing mining would have devastated this natural treasure and threatened pristine waters critical for salmon habitat and drinking water, as well as harmed the local economy. I appreciate Secretary Perdue’s willingness to work in accordance with the will of the people of Southwest Oregon.”