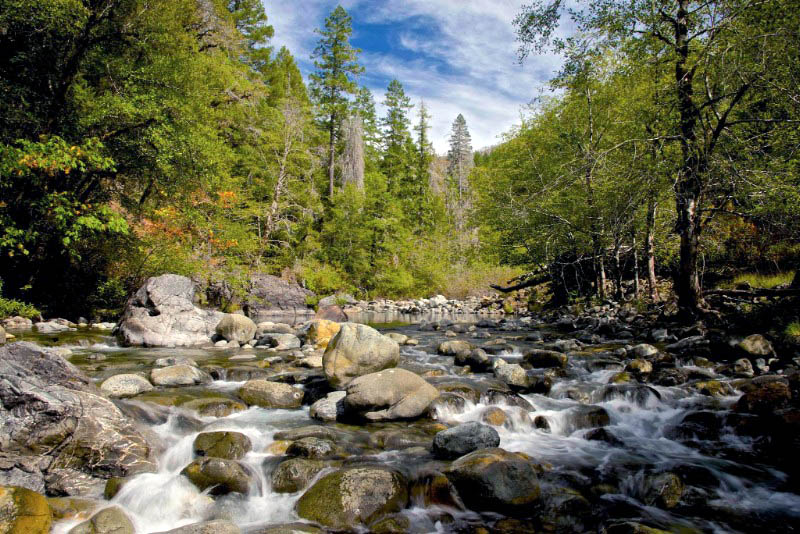 Thanks to many of you for attending public meetings, signing petitions, and writing letters in support of protecting the North Fork Smith. The Oregon Environmental Quality Commission voted unanimously to designate the North Fork Smith River and all of its tributaries in southern Oregon as the first Outstanding Resource Water in the State of Oregon in July 2017. The designation was the result of a citizen petition to the commission in 2016.

This is Oregon’s first designation of an Outstanding Resource Water, and the first in the Pacific Northwest – an important conservation milestone.

The North Fork Smith River begins in Southern Oregon and rises in the Kalmiopsis Wilderness. A federally designated Wild and Scenic River, it flows south for 28 miles before joining with the main stem of the Smith in California to pass through the Redwood National and State Parks, including Jedediah Smith Redwood State Park, on its way to the Pacific Ocean.

This decision adds protections under Oregon’s water quality standards to ensure that the water quality of the North Fork remains as pristine as it is today. The policies would prohibit activities that could degrade the current high water quality, exceptional ecological characteristics and values of the waters.

The waters of the North Fork Smith River offer exceptional clarity and a vibrant blue color. The pristine conditions are valuable habitat for endangered populations of Coho salmon, several rare plant species and other fish and wildlife, making this designation an unparalleled opportunity for protection. The North Fork Smith River and all of its tributaries unequivocally qualify as Outstanding Resource Waters in Oregon.

“The North Fork Smith River and its tributaries are pristine and are in reference water quality condition because they remain undammed, undeveloped, and flow from and through the Kalmiopsis Wilderness and the South Kalmiopsis Roadless Area,“
– Grant Werschkull, Executive Director of Smith River Alliance.

Congress recognized the stream’s outstandingly remarkable water quality and world-class fishery by adding the North Fork Smith River in Oregon to the National Wild and Scenic River system in 1988.

Will the Designation Impact Mining Proposals?

This remarkable watershed is still threatened by a nickel strip mine planned by a foreign-owned company that currently has a mineral exploration proposal under review by the Rogue River-Siskiyou National Forest. Smith River Alliance is concerned that any mining development in the North Fork Smith River watershed would significantly degrade this National Wild and Scenic River’s extraordinary water quality.

With the new designation in place the potential water quality impacts from the development of a strip mine would not be allowed to impact the National Wild and Scenic River System values that strive to protect fish habitat, recreation, and domestic water supplies for downstream communities.