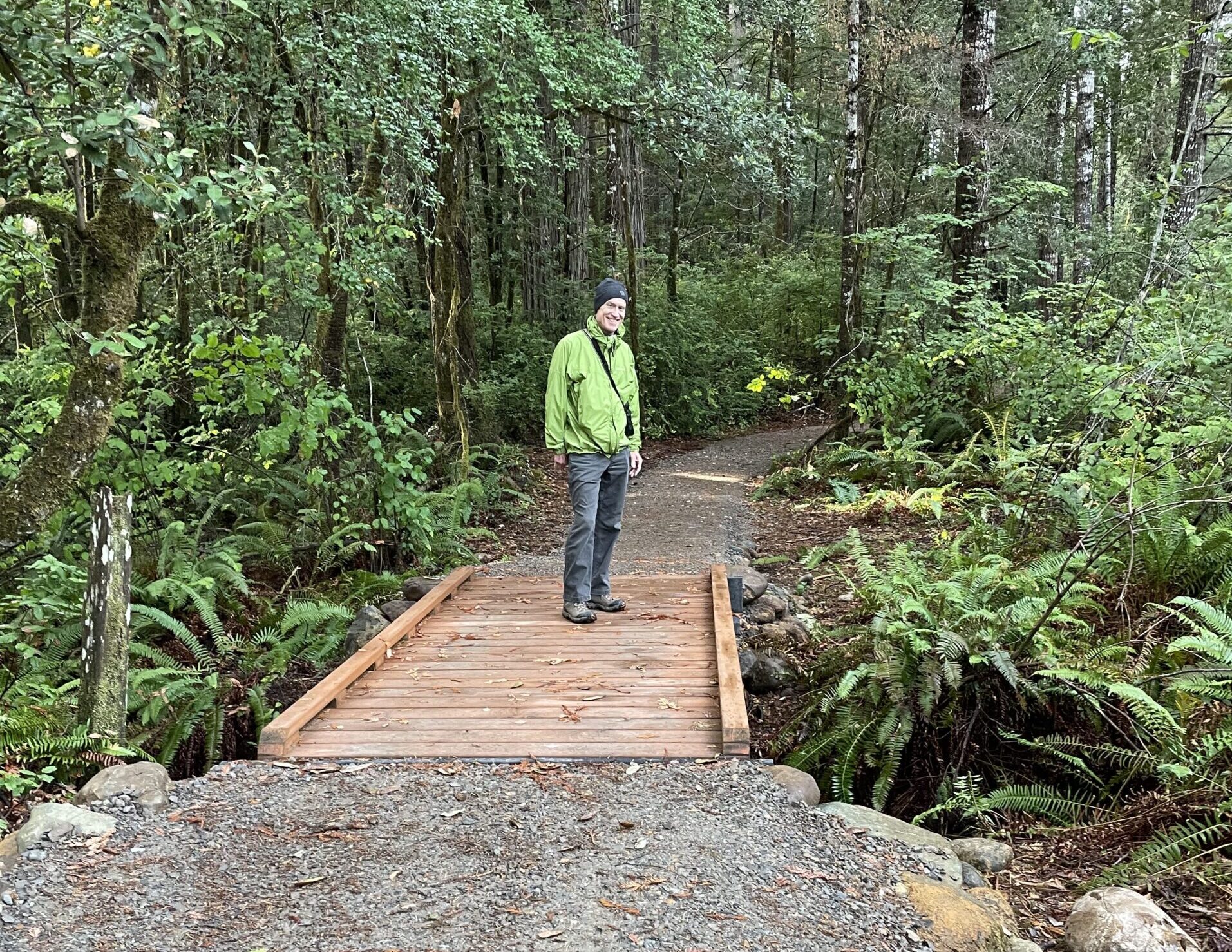 Together – We Made It Happen

The long awaited Hiouchi Flat Trail was opened last month connecting the Jedediah Smith Redwoods State Park and campground to the gateway community of Hiouchi.  The route provides a safe and scenic alternative to the busy US Highway 199 for park visitors and local residents walking between Hiouchi and the park.

This new route provides visitors with year-round access and enjoyment of the redwoods along the one mile stretch of trail.  The solid surface and low gradient slope makes the trail family friendly. A Smith River overlook is a planned future addition to the trail and one can expect an easy and flat hike under the redwoods to the new overlook.

“This is an outstanding park, public safety and community project” said Grant Werschkull, Co-Executive Director of the Smith River Alliance.  “Thank you to the National Park Service and the Tolowa Dee-ni’ Nation for their collaboration on construction — and thanks to County Supervisor Chris Howard and the many community partners who were tireless advocates for the trail.”

The Hiouchi Flat trail was built by maintenance and trail crews who worked together to establish a perfect trail alignment, lay over 400 tons of gravel, and build a footbridge over the creek.  Due to the cultural and historical significance of the area, crews took extra precautions to safeguard sensitive areas found along there; which included consulting with National Park Service archeologists to avoid certain areas, as well as minimize ground disturbance.

Access to the Hiouchi Flat trailhead from the Jedediah Smith Campground is located near the park entrance kiosk. Visitors from the Hiouchi entrance can find the trailhead on the south side of Highway US-199, west of the Hiouchi/Smith River Volunteer Fire Station (2019 Hwy US-199, Hiouchi, CA 95531).