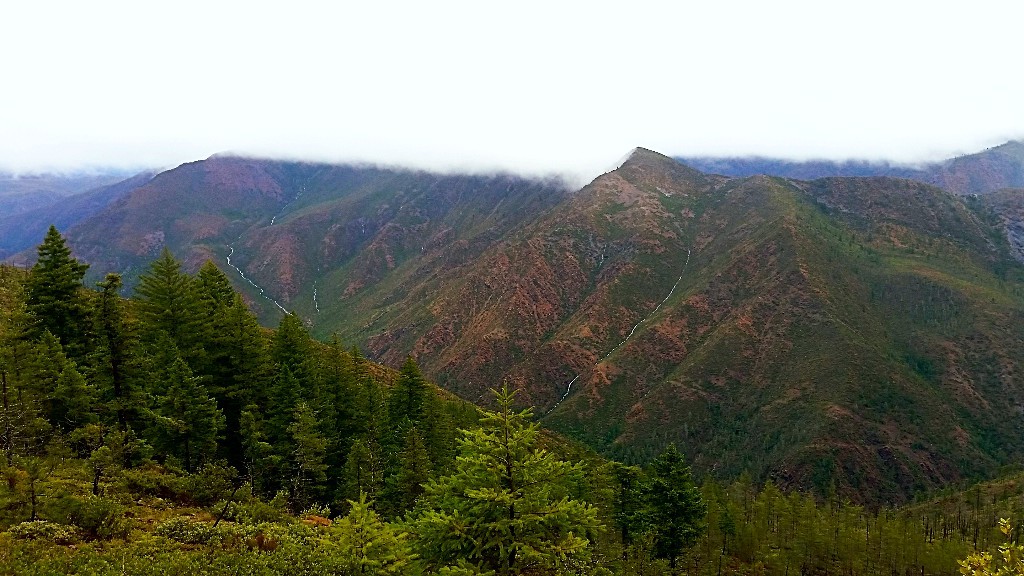 Last January, the hard work of thousands was rewarded with a 20-year ban against new mining claims in the headwaters of the North Fork Smith in Oregon. Now, OR environmental agencies are considering additional protections as well: a designation of the North Fork and all its tributaries as Outstanding Resource Waters, and a withdrawal of all unappropriated waters of the Smith River watershed in OR from further appropriations.

A proposal to strip mine in the headwaters of the North Fork Smith mobilized stakeholders from local and State government agencies, water districts, Chambers of Commerce, Tribes, environmental groups and Congressional and State elected representatives. The community message was clear — mining should not be allowed to poison the water that downstream communities and fish depend on.

Our work is not yet finished. Additional efforts are underway to improve upon the temporary protection of the mining ban. These diverse stakeholders also worked with the Oregon Water Resources Commission (OWRC) and the Oregon Environmental Quality Commission (OEQC) to add additional protection for the North Fork Smith River in Oregon.

The OWRC was asked to withdraw all unappropriated waters of the Smith River watershed in OR from further appropriations. The petition received strong and diverse support and was followed by a unanimous vote by OWRC which directed its staff to develop supporting rules for implementation of the measure. Public review and hearings were well attended and a final decision on the proposal is due later this year. See the petition to OWRC and additional materials.

In a separate arena, the OR Environmental Quality Commission was petitioned to designate the North Fork Smith River in OR as an “Outstanding Resource Water” which would engage the anti-degradation protections of the Federal Clean Water Act. There was strong and diverse public support for the proposal through multiple hearings, a review of proposed rules, and an appointed Advisory Committee on the issue. A decision on the proposal is due later this year.

Thanks to everyone who provided comments and testified at multiple hearings in support of the above proposed protections for the North Fork headwaters in Oregon. It takes a team! 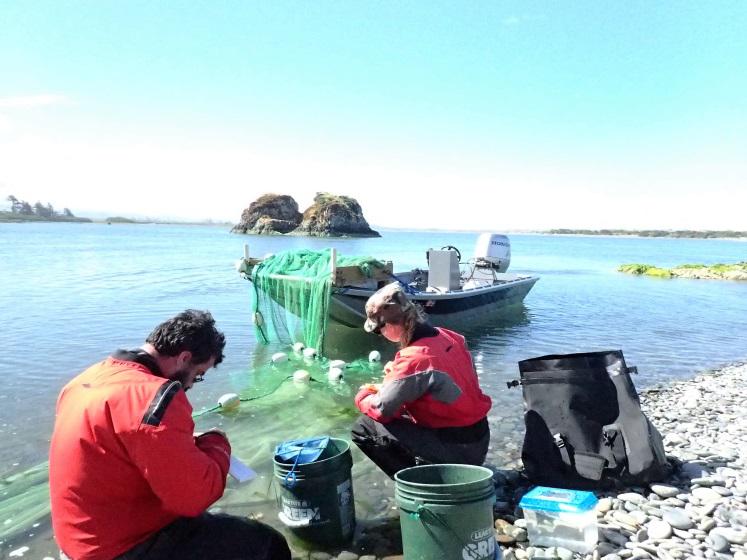 The need to restore habitat in the coastal plain of the Smith River is highlighted in the National Marine Fisheries Service’s recovery plan for Southern OR/Northern CA Coast coho salmon. Over the last two years, SRA worked with the CA Dept. of Fish and Wildlife studying juvenile salmonid (including coho salmon) distribution and seasonal habitat use in coastal streams and the estuary.

When complete, this restoration planning effort will provide information in support of grant applications seeking design and implementation funding. Landowners and their project partners should have greater success in securing funding for related infrastructure improvements that provide for fish passage. The outcome will be more priority projects implemented on the coastal plain that enhance ecosystem function and habitat for the benefit of all salmonid species.

Marisa has been focused on culvert assessments this Spring and has met with a number of landowners to walk and talk about how restoration improvements might be a fit for their land. 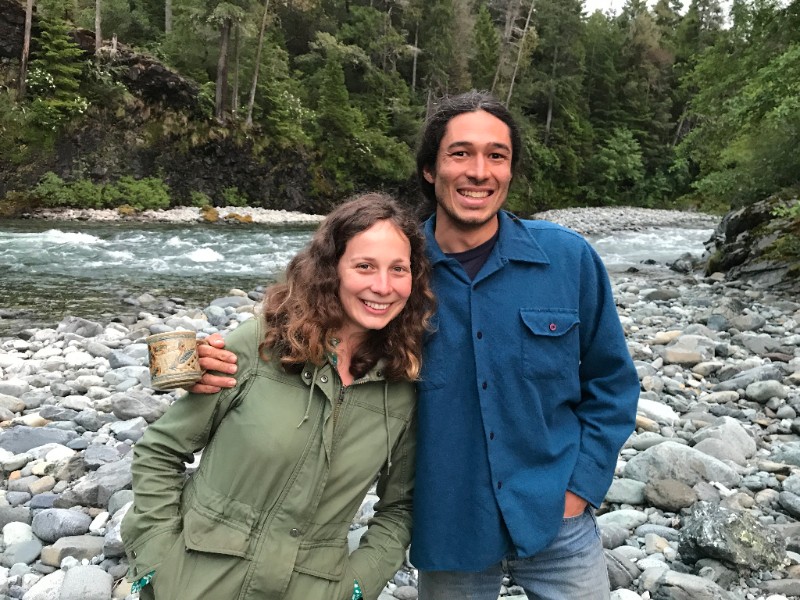 Jason and Brittany have been busy hosting volunteers and school groups at the Ranch. Notable visitors have included: Trinidad Elementary’s 4th annual Outdoor Education Camp for 6th graders, the HSU Waste Reduction Recycling and Awareness Program (WRRAP), and a group of Guest Caretakers-in-training.

During their stay, WRRAP students spread four yards of gravel on the driveway loop, mulched the orchard, and planted eight new blueberry plants. They also spotted otters and a mature bald eagle! In addition, HSU Professor Andy Stubblefield and his Watershed Sciences/Hydrology class spent two days in the watershed including a float on the SF Smith River supported by Redwood Rides.

In addition, Jason launched the Guest Caretaker Program for Rock Creek Ranch. A training was held in mid-June and the group learned about the Ranch’s off-grid sustainable power and water systems, garden irrigation, composting, and fire safety. 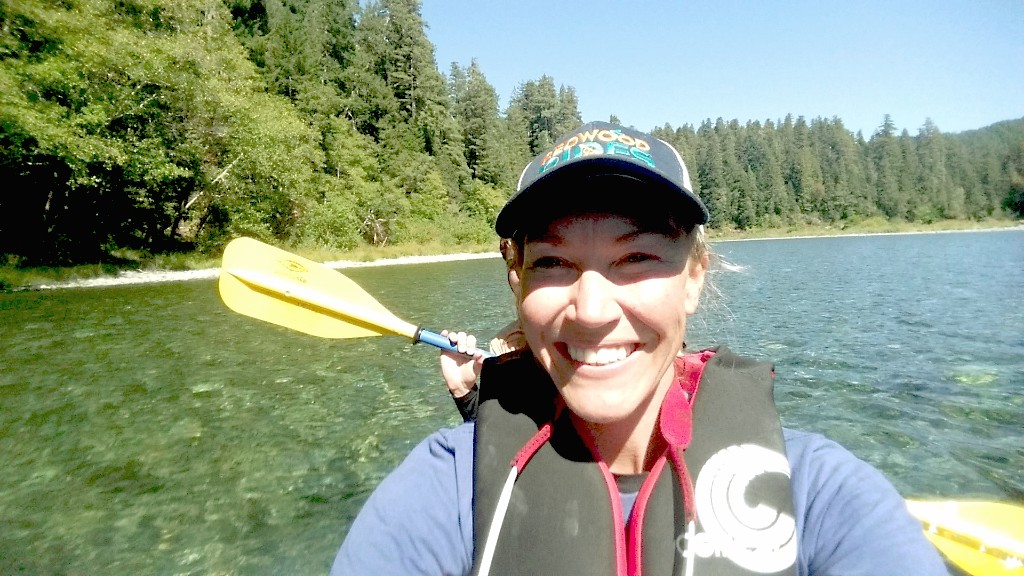 Chelsea has joined the SRA team to help execute a diverse array of projects, from community organizing to fundraising and special events planning. She promotes the Alliance’s activities and activism by updating the organization’s website and social media outlets and assisting with newsletters, petitions, and action alerts. She has a background in conservation, marketing, and organic farming, and earned her B.A. in French at the University of Arizona. 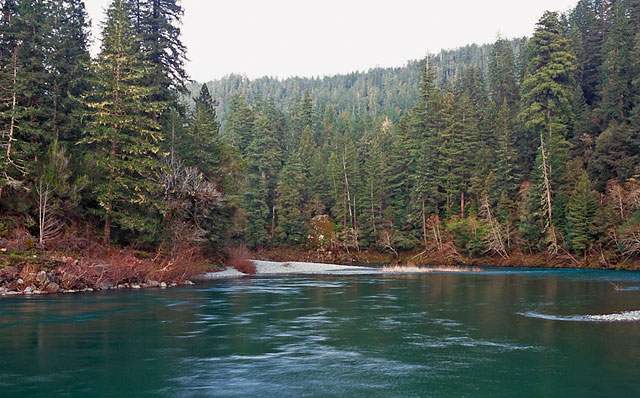 As part of our work in the Smith River NRA Collaborative (Collaborative), SRA is teaming up with Del Norte County, the Tolowa Dee-ni’ Nation, Elk Valley Rancheria, and Six Rivers National Forest on an application to the National Fish and Wildlife Foundation for funding to support NEPA-complete fuels/forest restoration projects on the Smith River NRA. Read more about the Collaborative in Living With Wildfire in Northern California and their two-page Letter of Mutual Interest (LMI).

In March, the long awaited Bailey bridge, which SRA purchased for use by California State Parks, which allowed them to remove a perched culvert blocking salmon access on Hamilton Creek, a tributary of Mill Creek arrived. The bridge will be used when State Parks needs access across Hamilton Creek to complete their restoration work. A special thank you to the State Coastal Conservancy for supporting this project. Watch the Hamilton Creek fish passage barrier removal in action!

Special Thanks to our River Guardians!

The contributions and support from businesses and organizations is essential to our work! Please welcome Crescent Ace Hardware —- one of our newest River Guardians. Please patronize our business partners!